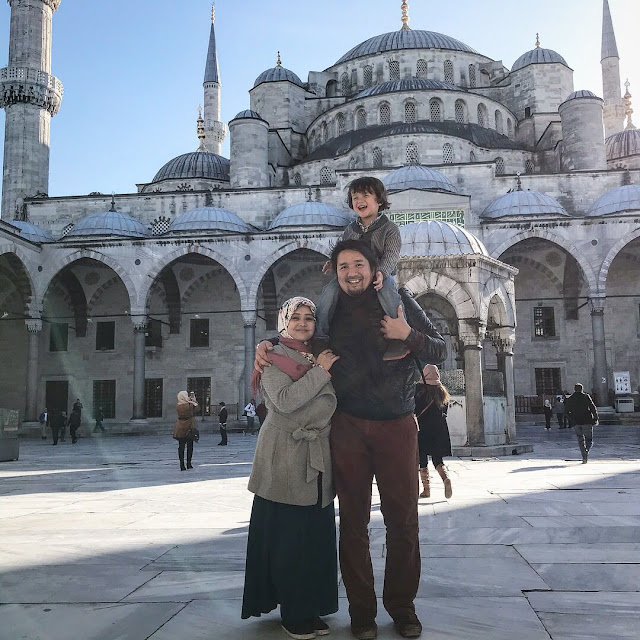 This is the continuation of the previous entry. It is all about Istanbul. The experience that we had might not be as great as others (travelling with family as compared travelling with friends/ solo is totally different). For this particular trip, i did not do enough research as it was more like a getaway and go with the flow (and weather condition) but i have my personal reason of why i did not have specific itinerary ready for this particular trip. 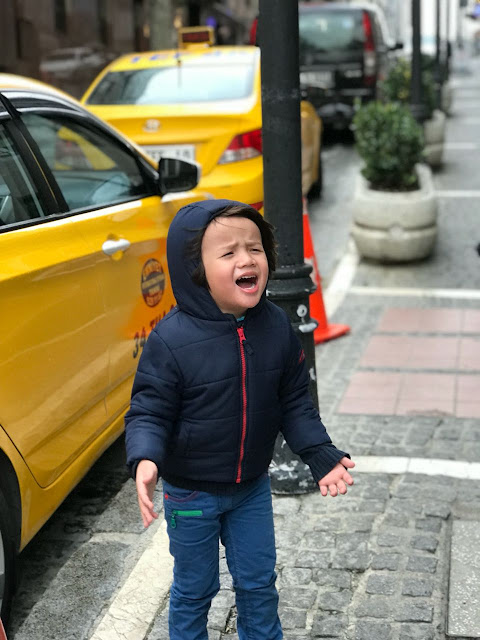 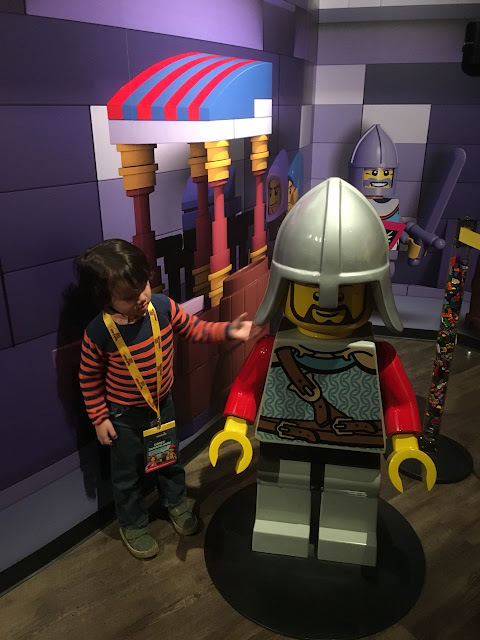 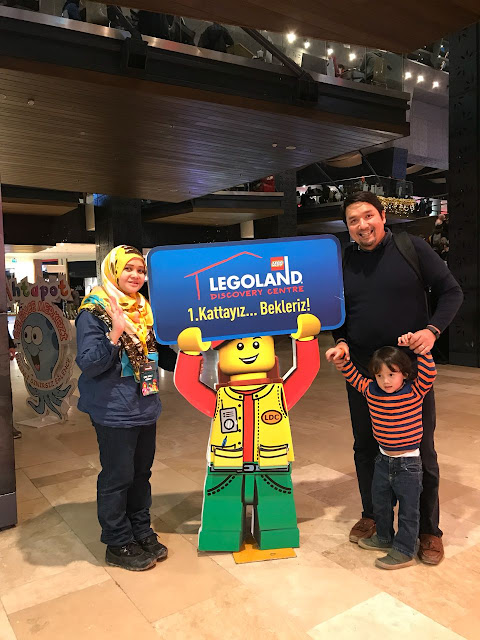 We arrived in Yenikapi port Istanbul at roughly 8pm. The plan was simple, go straight to the hotel and rest for the rest of the night. Booking a hotel in Istanbul is not easy for us coz there are simply too much choices. Hahahaha. Blame it on the indecisiveness. We agreed to stay within the old town area of Istanbul, which do scale down of the place we wish to spend our days in Istanbul. Still too many choices at a very competitive price. Then we agreed on one thing, to not stay in the chain hotels, but go for boutique-style hotel and the cheapest that we can get (gotta be stingy when there are too many affordable choices). So we settled for Enderun Hotel, near the Grand Bazaar. The cost for 3 nights including breakfast was TL450. Tips: Better experience the city of Istanbul rather than paying too much for hotel experience because the tendency that you will go back to the hotel really late at night. We used Uber from Yenikapi to the hotel which cost TL13. Info: Uber is super-reliable in Istanbul and i subscribe to social pass Maxis (only applicable for pre-paid) for RM20 for 3 days including 150mb internet. Arrived in the hotel and we rest for the night. 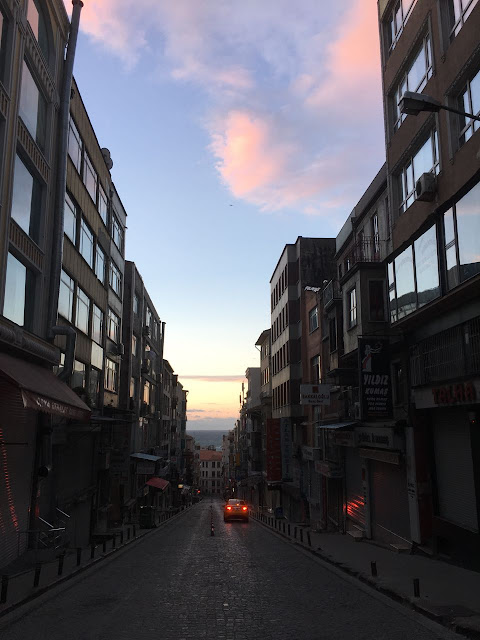 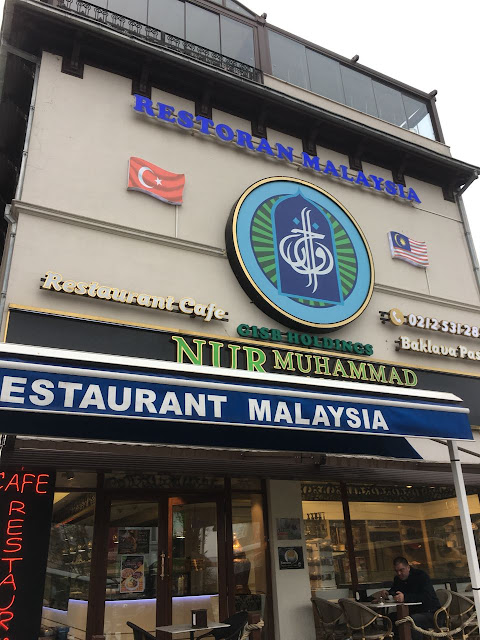 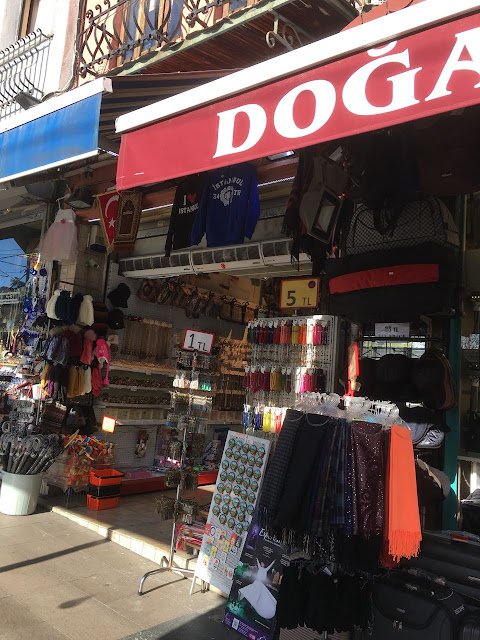 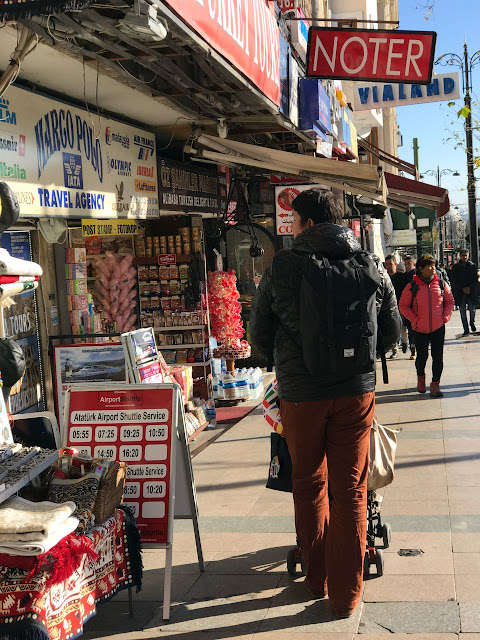 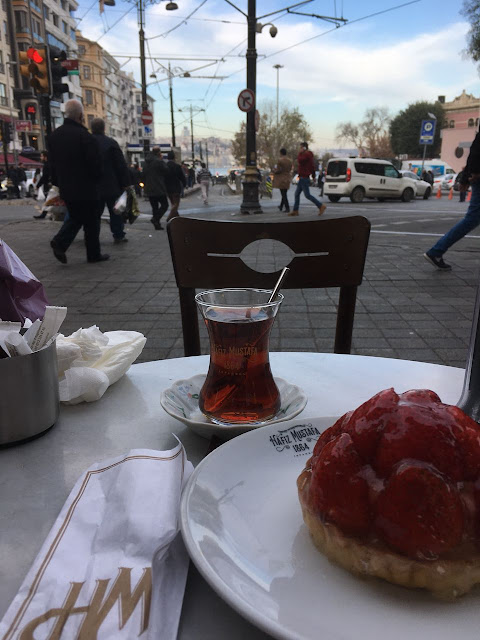 The weather was not to our side the following morning as it was raining heavily. Furthermore, one thing people must understand about Istanbul geography is that it is all hills here and there. We just noticed the way to our hotel from Yenikapi was rather up to the hill (google maps indicate it was 15 mins walking from Yenikapi, errrr). I should have watched Istanbul Aku Datang when wifey was watching it prior to our trip. Nothing much we can do but have to plan our activities indoor. Went to have lunch at the Malaysian restaurant in Istanbul and spend the day away in the shopping mall and went to mini Legoland. We did not see much of Istanbul due to the weather and spent the day back in the hotel. 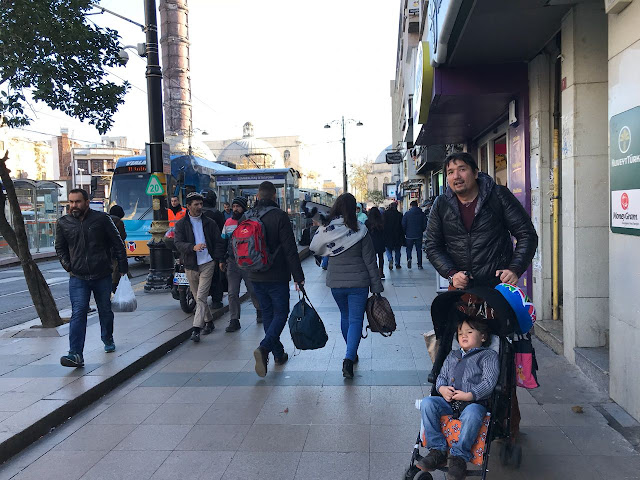 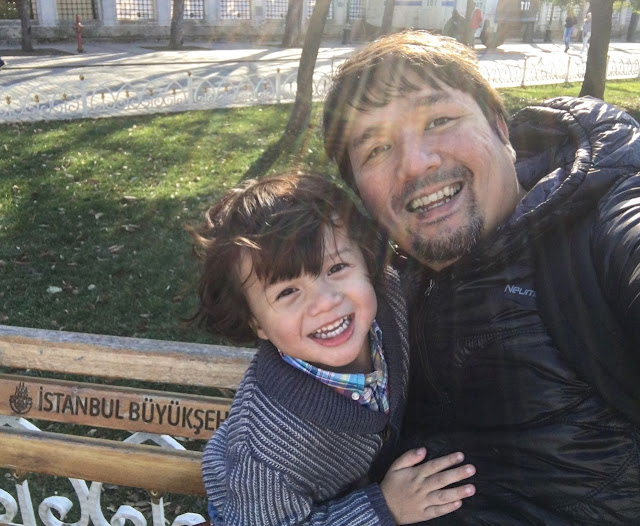 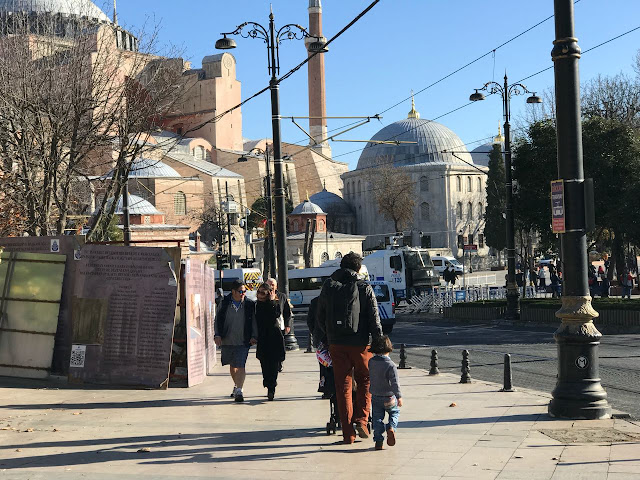 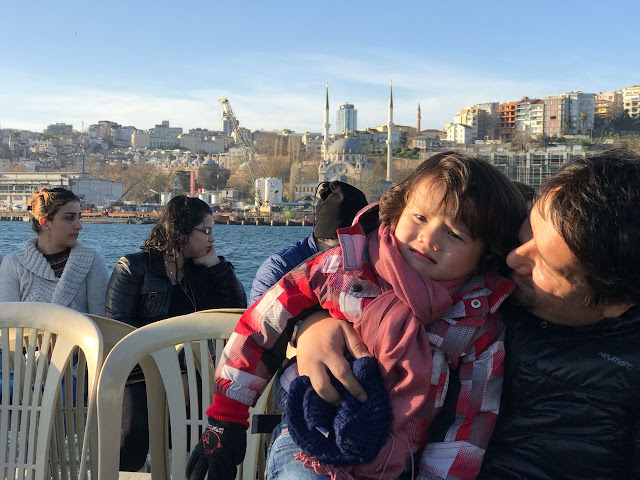 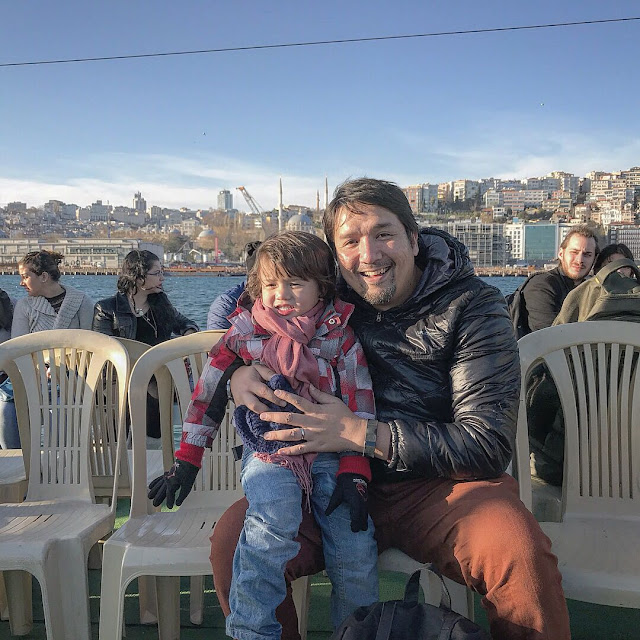 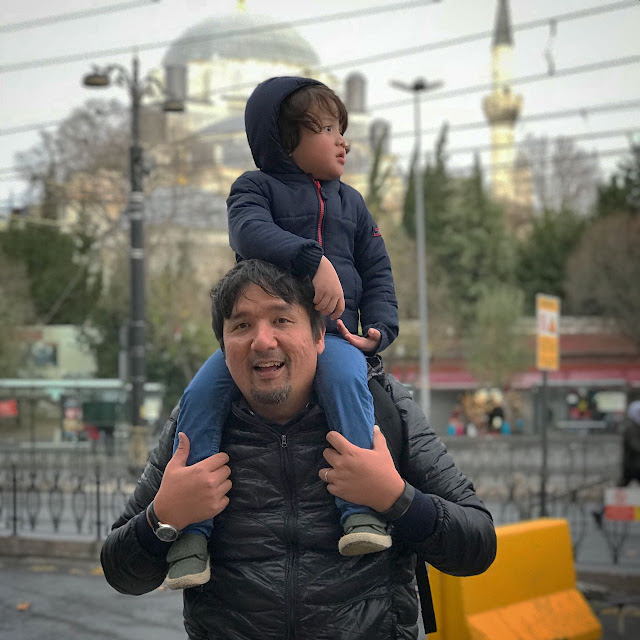 The following morning the weather was great. Walked up to the Grand Bazaar area (about 5 mins from the hotel) and bought Istanbulkart for TL6 and reload for TL50. Public transport in Istanbul does not come with the 1 day pass option as most public transport in Europe. So it was not as cheap considering that you are using it often. It charged per ride and can be use for both wifey and myself. For Eusoff it was free. It was really convenient but you have to make sure that your balance is enough to do each trip. The day was spent by walking to the famous Blue Mosque, then to Topkapi Palace. Was thinking to go to Hagia Sophia but it was closed on Monday. Info: Check the information about the opening days/ hours of the places of interest as you might be bumped that it was closed when you were there. The museum pass was TL80 per person that could be used to multiple attraction. Tips: Better buy the museum pass for TL80 as compared to single entry tickets for TL40. You can save few Liras out of it. Then we took the tram to Sirkeci and was thinking to take some pictures and walk on Galata bridge to the other side of Istanbul. But suddenly we heard someone screaming about Bosphorus cruise for TL12. We immediately got on the boat (once again free for Eusoff) and went for 2 hours cruise along the Bosphorus. It is a must do as the view of Istanbul city from the Bosphorus is amazing. We got off the cruise and went to Galata Tower. But owh my god, the queue to get up to the tower was so long, so we just took a picture then went to have dinner beneath the Galata Bridge as there were a lot of restaurants with amazing view. Kinda pricey but we went on to have our dinner then took the tram to the furnicular to go to Taksim Square. Took several pics and took the tram back to the Grand Bazaar area. Then back to the hotel. 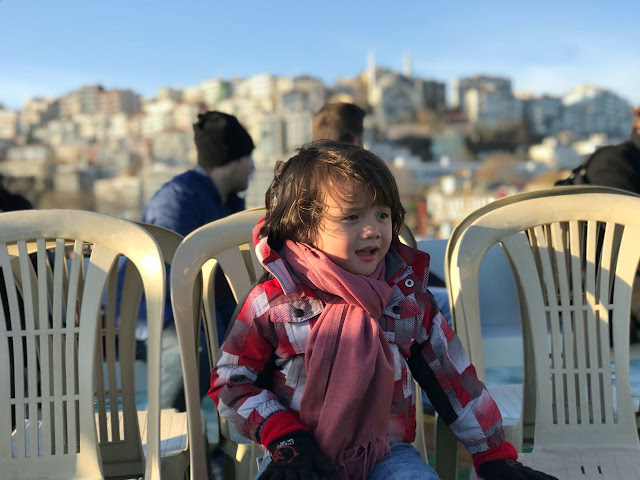 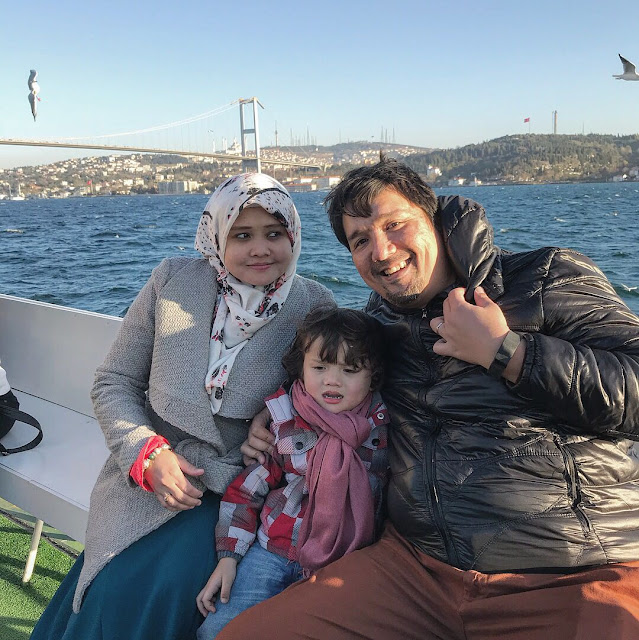 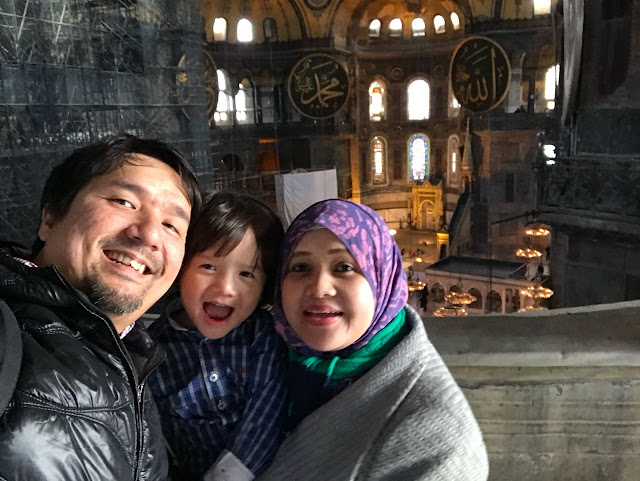 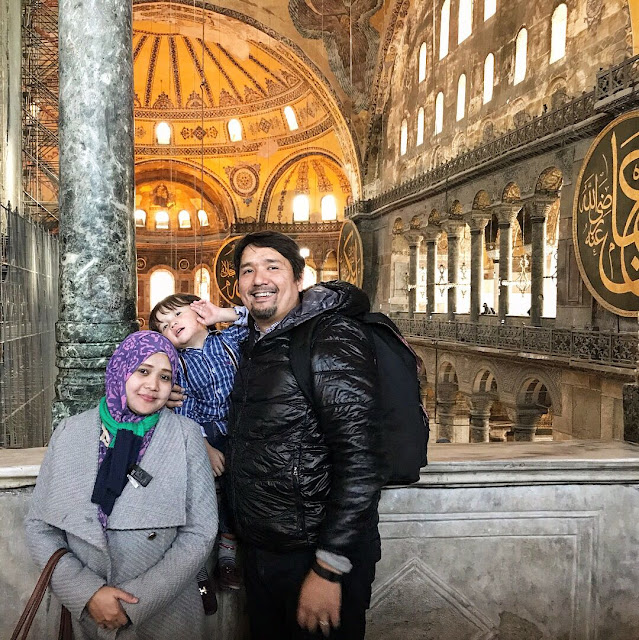 The final morning we went to Hagia Sophia (as it was closed the day before) then we went around the area to do some souvenir shopping. Souvenirs are rather cheap in Istanbul. You can get fridge magnets for TL1 per piece, the pouch for TL1 per piece and many others for rather affordable price. Wifey's pick was the shop in front of Sultanahmet tram stop. Outside of the shop it was already stated FIXED PRICE. But for the price that they put on each item, we did not feel the need to bargain. Then we went to the Grand Bazaar, not to buy anything, but just to go around and have a look of how it looks like. It was huge, and you might got lost inside. We went in from one way then went out from god knows where. But luckily we managed to find our way back to the familiar. Sometimes you need to get lost while you travel, it was more adventurous don't you think. We went back to the hotel and waited for our airport transfer as our flight was 9.50 p.m. that night. But it was not as smooth as we hope that it would be. 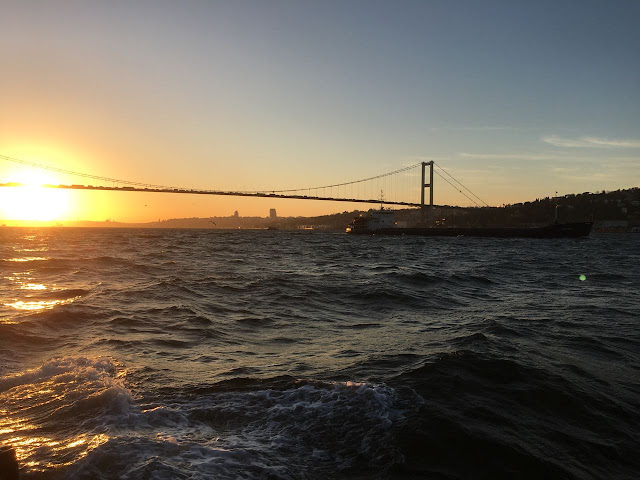 We departed from the hotel at about 5.00 p.m. which should be ample enough time to go to the airport (4 hours 50 mins to spare), but the traffic was really bad that day. What should have been 1 hour ride became nearly 2 hours and 30 mins ride. Tips: If you are leaving from Sabiha Gokcen, better depart at least 5 hours prior to your flight time as Istanbul traffic is rather unpredictable. The avrasya tunnel that connects the Europe side of Istanbul to the Asian side of Istanbul was having a bad traffic. So our driver opted for another route. We went to Sirkeci and took the ferry to Harem. At least we have an experience of taking a ferry with the night view of Istanbul from the ferry. Once again, it was amazing. But we were really pressing for time. The traffic was really bad all the way to the airport and we managed to arrived at the airport at about 7.30 p.m. Phewww. Cost us TL180 for one way ride. Tips: The cheaper option is to take the Havatus Bus from Taksim to Sabiha Gokcen for TL15 per person. But it was really adrenaline-rush ride as i was already thinking of messaging by boss that i might miss my flight. 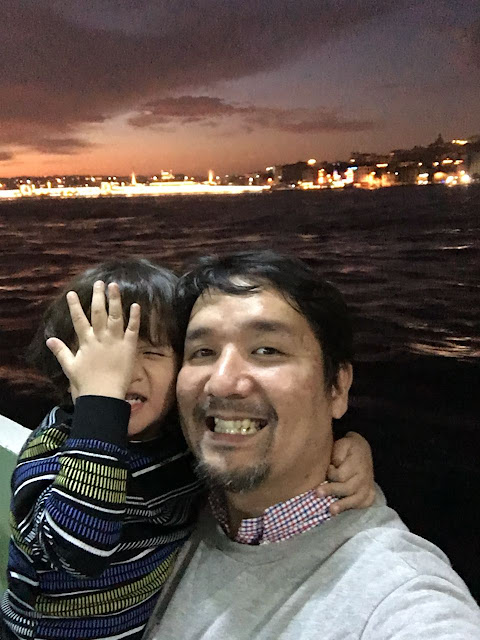 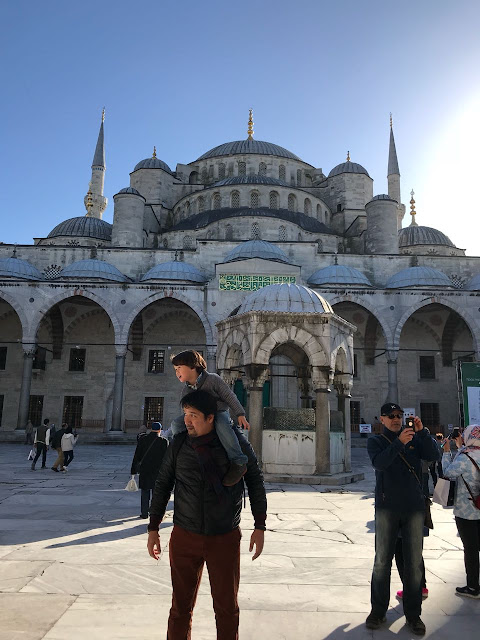 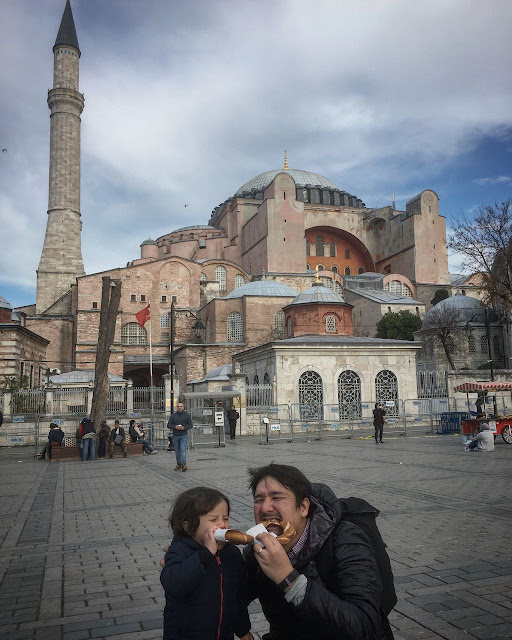 And we thought that it should be over, how wrong we was. For some unfathomable reason, we can't check in at the Pegasus kiosk and have to queue with dozens of other passengers to multiple destination. Yup, it was like a common check in counter with dozens of other passengers. You might even see first hand some people just try to cut the queue and be scolded by other passengers (i am not sure whether this is a common occurrences in Istanbul). After queuing up for almost 40mins, we managed to check in, has our boarding pass and ready to board the airplane. Info: You can combine your luggage weight if all of you are flying together in one ticket but the max for each luggage is 30kg. Luckily for us, we managed to get thru the security/ immigration rather fast and off we went to our boarding gate, which was almost at the end of the airport. When we arrived, the passengers were already getting on the bus to take the passengers to the plane. We managed to be there in time, and off we went to the plane for our flight back home. Phewww. What an experience. 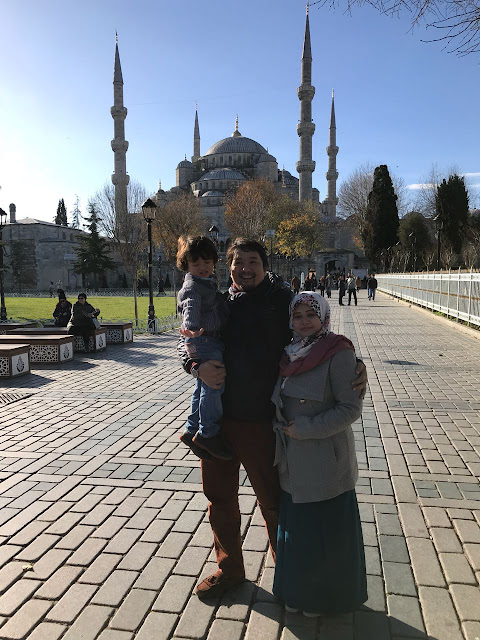 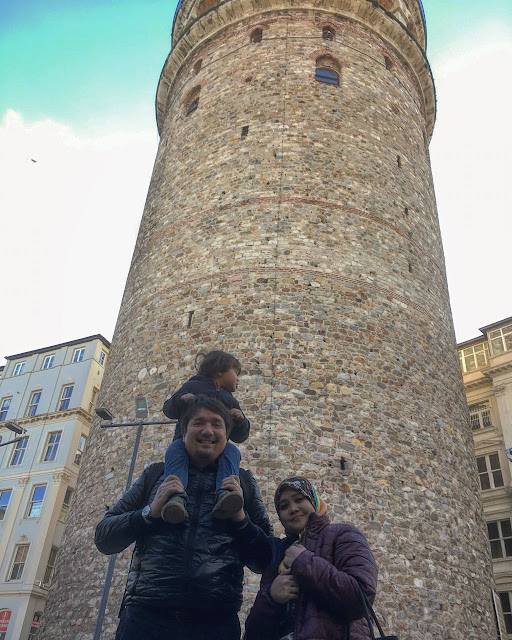 One word to sums up our travel this time is, Amazing. Istanbul is simply beautiful. Rich with history, beautiful buildings with each side of Istanbul is photogenic. As compared to our previous travels, this trip was rather unprepared. But the turn out was great non-the-less. We experience multiple transport rides throughout (Eusoff was the most excited), subway, tram, funicular, boat, taxi. Has no problem finding halal foods, the hotel prices were really competitive (due to high competition), the currency exchange was almost similar and there are so many things to see and to explore. But have to keep that in mind the geography of Istanbul that is full of hills, so no heels for ladies. Wifey had a great time buying stuffs as the souvenirs were really cheap as compared to other places we had been (on top of that she bought 5 pairs of shoes for TL10 each and lauded as made in Turkey not PRC). But we missed out a lot of other things. But hey, as i mentioned, travelling with family is different whereas you have to be more generous with timing as compared to be strict when travelling solo/ with friends. 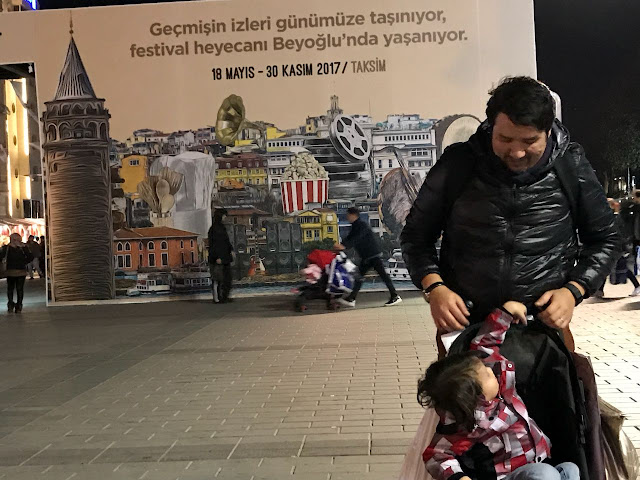 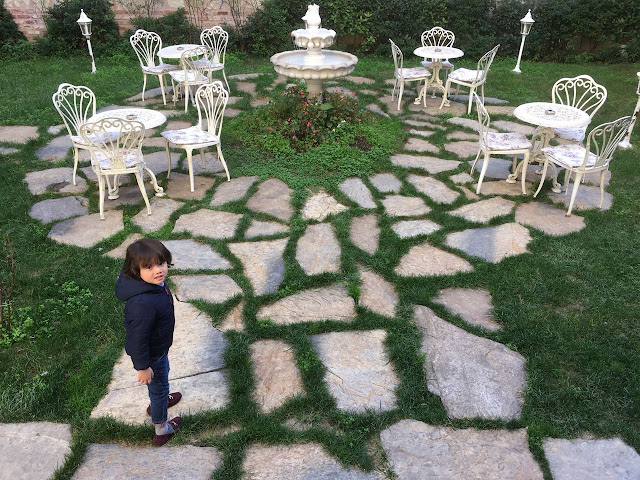 But while doing some preparation for this trip, i come across a few things that is rather useful for our future travels. Might write about it in my next entry. Thankfully we did not got into any type of scam-related trouble as i used my usual trick whenever going out, wearing sun glass (to avoid eye contact) and pay more attention to Eusoff rather than the possible scammers. It works every time. I was more concern about scam taxi, but Uber was super reliable, so managed to take that off the list of concerns. True enough, we went back to hotel only to sleep and to freshen up (was really tempted to go for established chain-hotels, especially Four Seasons Sultanahmet), so managed to save a lot of unnecessary expenditure. Seems like our Istanbul experience this time was not enough, maybe need to repeat Istanbul once again. It seems possible with the flight tickets not that expensive, perhaps there will be another, Istanbul, Eusoff is coming. 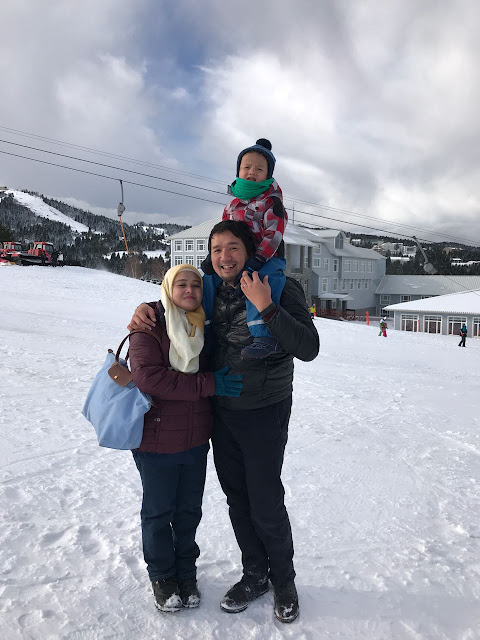 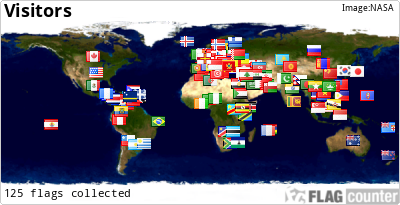